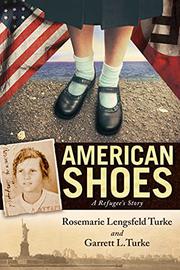 In 1934, Rosel and her immigrant parents left New York City to visit German relatives. However, when it was finally time to leave, her family—now including her new baby sister—learned that Hitler had closed the borders to German citizens, forcing them to remain in Breslau. As Lutherans, they were lucky enough not to be fully aware of the atrocities occurring in German-occupied territories. Her parents, however, emphasized that she should not believe antisemitic propaganda. When the war ended, 15-year-old Rosel was able to secure passage back to the States due to her American citizenship, painfully leaving her parents and sister behind. As the horrific truth about Hitler’s Final Solution came to light, Rosel had to deal with anti-German sentiment, grappling with her perception of the Nazis as the enemy and her awareness that her accent would make Americans believe she was one of them. Her situation presents readers with difficult questions about collective responsibility and good versus evil, and they are given the space to come to their own conclusions. Co-authored by Rosemarie and her son, this is a haunting, harrowing memoir. Rosemarie’s time in Nazi Germany is recounted through recurring nightmares during her 10-day shipboard voyage; while this structure feels a bit forced at times, it is a useful tool for conveying her story.

A remarkable and thought-provoking memoir.