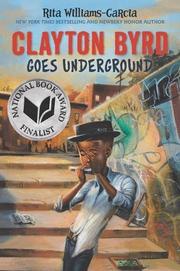 An African-American youngster is happiest when he can play his harmonica with his bluesman grandfather until tragedy removes the music from his life.

Clayton Byrd idolizes his grandfather, a popular bluesman. But his mother disapproves of her father’s music and of Clayton’s joining Cool Papa Byrd and other bluesmen in the park. Clayton’s father tries to make a place in his life, but the things he likes to do cannot compare to the music. When Cool Papa Byrd dies suddenly, Clayton’s pain is almost unbearable, made worse when his mother gets rid of the records and instruments that Clayton expected would be his way of maintaining that special connection. School becomes as difficult as home, and counseling with the church pastor doesn’t help. Hoping to find a place with the remaining bluesmen, he meets up with a group of street boys making their way with beat music and dance. When he plays his harmonica and the crowd responds, the boys form an uneasy alliance that is threatened when the police intervene. Clayton’s love of his grandfather and his music is wonderfully drawn, as is his grief when he loses them. His mother’s unresolved issues with her own childhood inform the story appropriately for young readers. The conjunction of two African-American music genres, both born of struggle, is a colorful backdrop for this lively story.