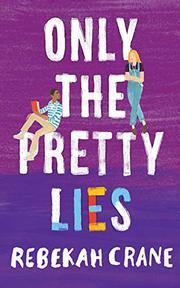 ONLY THE PRETTY LIES

A naïve girl is forced to reconcile truths she thought she knew with the reality of the boy she loves.

Returning to Colorado from New York City, where she said her goodbyes to her long-term boyfriend, Amoris Westmore, a 17-year-old White girl, is looking forward to nothing more than resuming her normal life. That is until her mother drops the bombshell that their new tenants are their old friends Kaydene Rush and her son, Jamison, a Black family who has moved back to the area. Jamison’s presence prompts Amoris to forge her own path—opening her eyes to the complex world around her, she sees the flaws in her self-proclaimed progressive town, her family, and herself. Attempting to prove herself to Jamison as she wrestles with her new understanding of race, she goes after a patriotic school mural that depicts a slave ship, in the process putting Jamison, one of the few Black students, in a vulnerable position. Now Amoris must come to terms with the impact of her actions without losing the boy she loves. Amoris is a realistically flawed protagonist facing her own selfish tendencies. Unfortunately, the book’s treatment of the complexities of race often comes across as forced despite a few gems about confronting privilege. Ultimately, however, racism feels like a minor obstacle in the way of a greater love story.

A romance that tackles serious issues with mixed results.