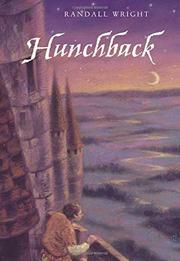 A simple boy with a crooked back gets pulled into an adventure with an underlying mystery. Hodge lives at Castle Marlby, performing the most menial jobs because of his disability. He longs to serve a prince. Surprisingly, when the kingdom’s prince does arrive at this lowly castle, he’s spirited away from prying eyes and hidden in his rooms. Is he in danger? Might he be the danger? Hodge slowly becomes involved Prince Leo’s daily life, fiercely loyal despite older brother Fleet’s warnings. Ensuing escapes and battles find Hodge’s life broadening beyond the castle, though Prince Leo’s motivations remain unknown. Hodge sometimes seems too naïve, especially compared to readers who can master the nicely sophisticated vocabulary. But lurking underneath are questions about right, wrong, and loyalty, which complement the long-withheld emotional explanation that finally, satisfyingly, shows up at the end. (Fiction. 9-12)