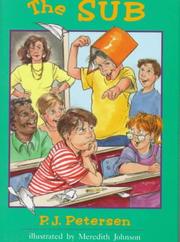 When the substitute walks in, James and Ray quickly decide to switch desks and identities—but the joke turns as sour as the smells from Ray's garbage-filled desk when James finds himself blamed for his friend's high jinks and poor schoolwork. When Ray recites a poem describing ``himself'' as ``James./Neat. Smart./Cleaning his desk./Petting his dog./Dreaming of girls...,'' the class is mightily amused. James's aggravation turns to panic when Ray sprains his ankle and the teacher goes off to call ``his'' parents; still, all's well: she's been on to them all along. A funny, uncontrived story—from the author of The Fireplug is First Base and other well-told tales. Illustrations not seen. (Fiction. 8-10)