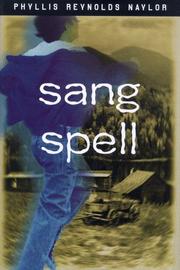 Naylor (Achingly Alice, p. 741, etc.) explores the role synchronicity plays in life, and the mental and emotional restraints people place upon themselves. After his mother is killed in a car accident, Josh decides to hitchhike from Boston to Dallas, where he will live with his aunt. Mugged while wandering in a remote rural area, he wakes up to find himself transported to the mysterious village of a forgotten hill people who call themselves the Melungeons. Hidden from the outside world through a spell passed from generation to generation by the “Old Who Remember,” they maintain ancient ways of planting and harvesting; their only connection to the outside world is through the export of wild ginseng. As Josh struggles to believe what he knows cannot be possible, he also wages a battle between conflicting emotions and desires. Although he longs for sports, school, and friends, he also takes unexpected comfort in the routines of the village and his growing friendship with Mavis. Told he is free to leave at any time, he finds himself held captive by the boundaries of his own mind. Thoughtful readers will empathize with Josh’s dilemma; while the ending is predictable, Naylor raises haunting questions. (Fiction. 11-14)