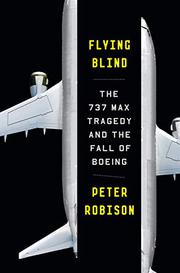 The 737 MAX Tragedy and the Fall of Boeing

“Commercial aircraft are considered the world’s premier expression of manufacturing excellence,” writes the author, each plane involving the work of thousands of people. They are also made by massive and now near-monopolistic corporations whose fundamental duty, the ethos has it, is to maximize return to shareholders. There’s built-in conflict in a culture of builders committed to safety as against a culture of bean counters committed to shaving every conceivable cost and getting rid of anyone who questions them. So it was with the Boeing 737 MAX, a passenger plane built on the framework of the lithe 737. The newly released aircraft immediately caused the deaths of 346 people, and the investigation of the two crashes involved revealed both that “software had overridden humans” and that the Federal Aviation Administration had essentially turned over its watchdog functions to Boeing itself. Meanwhile, owing to a merger with former rival McDonnell Douglas and its much different corporate culture, Boeing’s executive ranks were filled with “skilled infighters” who displaced former executives less skilled in “the dark arts of corporate one-upmanship.” The new company was headed by a CEO who’d come from General Electric and “frequently lectured people about how Boeing needed to be a ‘team,’ not a ‘family.’ ” The cancellation of orders of the 737 MAX after the accidents cost Boeing billions of dollars in lost sales. Even so, writes Robison in his rigorous investigative report, the aircraft “will likely become common in airline fleets over the next several years”—American airline fleets, that is. As the author notes, Boeing was fined $2.5 billion for criminal fraud after company pilots lied to the FAA about that software, and the company has recently suffered more from competition from international companies believed to offer safer aircraft.

A damning, highly readable account of a once-great company brought to its knees by bad leadership.