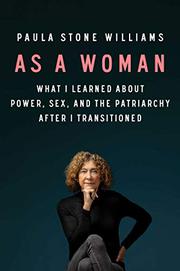 What I Learned About Power, Sex, and the Patriarchy After I Transitioned

A transgender woman chronicles her difficult journey from "alpha male" and evangelical leader to life in the body that feels most natural to her.

Paula was born Paul in West Virginia, raised to follow in the footsteps of an evangelical pastor father. Paul went to Bible college and became a pastor, "guaranteeing a life of cognitive dissonance." Though he "did not dislike being a boy…from as early as I can remember, in my heart I longed to be a girl." He married and was ordained into the Christian ministry, raising three children. Then, by transitioning from Paul to Paula, Williams "exploded the family narrative and shocked a whole denomination." After transition, she lost employment, lots of money, most friends, and the privilege routinely accorded White men. Today, the author is a pastor and pastoral counselor in Boulder County, Colorado, as well as an activist for gender and LGBTQ+ equity. She has broken free from evangelism to "embrace a more generous expression of the Christian faith,” and consequently, the fundamentalist church has rejected her. Nonetheless, the author continues to describe her journey in religious terms, seeing her transition and life experience as a "sacred and holy adventure." As she notes, “healthy spirituality can be a solution to the damage done by bad religion.” However, the author has also discovered that living as a strong female is not as easy as living as an alpha male, as many of the same traits (confidence, decisiveness) are perceived differently according to gender. More often than not, men are judged by their content, women by their looks. Delivering lectures, progressive sermons, and TED Talks, Williams describes "the surprises of living as a woman, and particularly the shock of losing my male privilege.” After her own transition, Williams calls for even broader societal change around gender and sexuality.

Not just a compelling personal memoir, this book holds lessons for all of us.