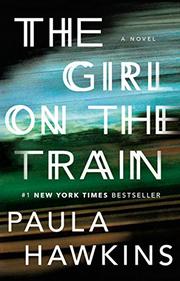 THE GIRL ON THE TRAIN

Desperate to find lives more fulfilling than her own, a lonely London commuter imagines the story of a couple she’s only glimpsed through the train window in Hawkins’ chilling, assured debut, in which the line between truth and lie constantly shifts like the rocking of a train.

Rachel Watson—a divorced, miserable alcoholic who’s still desperately in love with her ex-husband, Tom—rides the same train every day into London for her dead-end job, one she unsurprisingly loses after one too many drunken outbursts. Continuing her daily commute to keep up appearances with her roommate, Rachel always pays special attention to a couple, whom she dubs “Jess and Jason,” who live a seemingly idyllic life in a house near her own former home. When she sees a momentary act of infidelity, followed soon after by news that Jess—whose real name is Megan Hipwell—has disappeared, Rachel is compelled to share her secret knowledge, becoming enmeshed in the police investigation, which centers on Megan’s husband, Scott. Further complicating matters is the fact that the night Megan vanished, Rachel has a hazy memory of drunkenly stumbling past the Hipwell home and seeing something she can’t quite recall. Hawkins seamlessly moves among Rachel’s present-day story as the investigation into Megan’s disappearance widens, Megan’s own life leading up to her disappearance, and snippets about Anna, the woman for whom Tom left Rachel.

Even the most astute readers will be in for a shock as Hawkins slowly unspools the facts, exposing the harsh realities of love and obsession’s inescapable links to violence.