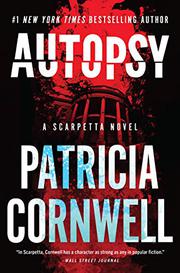 Back in her post as Virginia’s chief medical examiner, Dr. Kay Scarpetta finds things just as messy among the living as the dead.

Even though her killer has cut off her hands, the corpse du jour is soon identified as that of Gwen Hainey, a biomedical engineer from Thor Laboratories, who just happened to live two doors down from Scarpetta’s sister, Dorothy, and her husband, ex-cop shamus Pete Marino. Called out to assist U.S. Park Police investigator August Ryan, Scarpetta, urged on by Officer Blaise Fruge—whose mother, Dr. Greta Fruge, is a toxicologist Scarpetta came to trust before she left Virginia for Boston—connects Hainey’s murder with the months-old death of Cammie Ramada, a jogger who was drowned only a short distance away. Dr. Elvin Reddy, Scarpetta’s politically minded predecessor, short-circuited the earlier investigation by ruling the death an accident even though it was highly unusual for him to get involved directly at all. As she battles Reddy, largely through Maggie Cutbush, the British secretary he left behind to undermine his successor, Scarpetta has other worries as well. In a development that will remind fans of Cornwell’s non-Scarpetta thriller Quantum (2019), she’s called to the White House to conduct what turns out to be a long-distance autopsy by proxy on a pair of astronauts aboard a Thor orbiting laboratory who’ve apparently been killed by a barrage of space debris. And she’s poisoned by a bottle of Bordeaux she was given by irreproachable Gabriella Honoré, the first female secretary general of Interpol. After the usual professional infighting, all these separate cases are wound up with a series of casual snaps that will leave you gasping, and not in a good way.

Cornwell’s piecemeal approach to her heroine’s daunting job is more realistic than compelling.