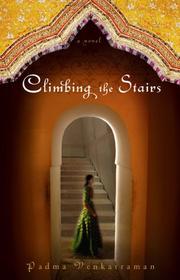 A welcome addition to the small but growing body of historical fiction about growing up female in India. Vidya, 15, has enjoyed a privileged life, and her father has promised her a university education. When he suffers permanent brain damage after being brutally beaten at a demonstration, however, the family must move in with his conservative Brahmin relatives in Madras, where the role of women is confined to servitude and childbearing. While Gandhi leads the struggle for Indian independence from British rule, the Axis powers of World War II pose a rising threat to Britain, Europe and now Asia. Set on education and independence, Vidya must decide what to do about her attraction to a boy, Raman. Her brother, Kitta, must weigh the path of nonviolent resistance to British rule against the need to support the British effort to win the war. The novel excels in its detailed depiction of a Brahmin girlhood and family life during a time of intense social and political change. A good companion piece to Kashmira Sheth’s Keeping Corner (2007). (Fiction. 12 & up)