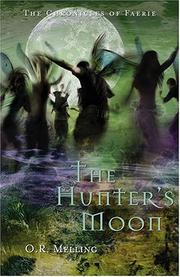 Against a detailed backdrop of Ireland new, old and very old, friendships form, adversaries become allies and romance blooms as an ancient evil demands its due. Hitchhiking around Ireland, Findabhair and her American cousin Gwenhyvar daringly roll out their sleeping bags in a barrow at Tara—and Gwen wakes up alone, her companion having accepted an invitation in the night from Finvarra, Faerie’s king. With both magic and mundane help from a succession of friendly strangers, Gwen pursues the seelie court to get her back, a mission that turns particularly urgent when she learns that Findabhair has really been taken as a sacrifice to Crom Cruac, a monster driven from heaven even before the time of the elves. But Finvarra has fallen in love with his new consort, as she with him, and so Gwen suddenly finds herself gathering a band of modern-day heroes (plus one immortal) to defy the looming, evil Worm. Pausing only for lush descriptions of the landscapes and food in Ireland and in Faerie both, Melling opens the first US edition of her trilogy on a strong note, with a tale, romantic on several levels, that culminates in a heavy sacrifice. (afterword, pronunciation guide) (Fantasy. 11-13)