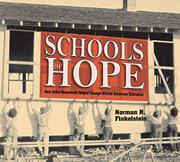 Julius Rosenwald, the man responsible for the early-20th-century success of the Sears, Roebuck Co., also improved education for African-Americans who were just decades away from slavery.

The son of German-Jewish immigrants, Rosenwald’s financial prosperity and family upbringing led him first to support Jewish causes and then charities in his hometown of Chicago. Despite differences in religious traditions, he became a supporter of the Young Men’s Christian Association movement. His donation to an African-American YMCA facility and reading of Booker T. Washington’s autobiography, Up from Slavery, began the work for which he is so esteemed: the building of over 5,300 schools, as well as scholarship aid and educational resources, starting in 1913. In the era of “separate but equal,” the pioneering educator’s philosophy of self-help appealed to Rosenwald; indeed his school grants required matching funds and community involvement. Such famous lights as Jacob Lawrence and Charles Drew received support from the Rosenwald Foundation, but countless nameless individuals in the South also benefited from an education that might not have been available without its efforts. This straightforward narrative is substantially supported with many photographs of the period, especially of the schools and the students. Source notes, a bibliography (which could have used a few more titles for the target readership), a list of websites, an index and picture credits add to its authenticity.

Clean layout and design augment a quality introduction to an important chapter in the history of American education.