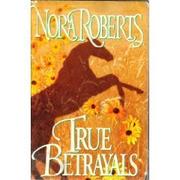 Thoroughbreds and Virginia blue-bloods cavort, commit murder, and fall in love in Roberts's (Hidden Riches, 1994, etc.) latest romantic thriller — this one set in the world of championship horse racing. Rich, sheltered Kelsey Byden is recovering from a recent divorce when she receives a letter from her mother, Naomi, a woman she has believed dead for over 20 years. When Kelsey confronts her genteel English professor father, though, he sheepishly confesses that, no, her mother isn't dead; throughout Kelsey's childhood, she was doing time for the murder of her lover. Kelsey meets with Naomi and not only finds her quite charming, but the owner of Three Willows, one of the most splendid horse farms in Virginia. Kelsey is further intrigued when she meets Gabe Slater, a blue-eyed gambling man who owns a neighboring horse farm; when one of Gabe's horses is mated with Naomi's, nostrils flare, flanks quiver, and the romance is on. Since both Naomi and Gabe have horses entered in the Kentucky Derby, Kelsey is soon swept into the whirlwind of the Triple Crown, in spite of her family's objections to her reconciliation with the notorious Naomi. The rivalry between the two horse farms remains friendly, but other competitors — one of them is Gabe's father, a vicious alcoholic who resents his son's success — prove less scrupulous. Bodies, horse and human, start piling up, just as Kelsey decides to investigate the murky details of her mother's crime. Is it possible she was framed? The ground is thick with no-goods, including haughty patricians, disgruntled grooms, and jockeys with tragic pasts, but despite all the distractions, the identity of the true culprit behind the mayhem — past and present — remains fairly obvious. The plot lopes rather than races to the finish. Gambling metaphors abound, and sexual doings have a distinctly equine tone. But Roberts's style has a fresh, contemporary snap that gets the story past its own worst excesses.