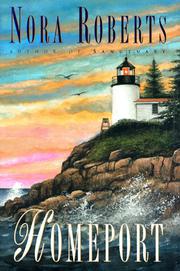 To her usual mix of love, mystery, and passion, Roberts (Sanctuary, 1997, etc.)—author of 115 romancers in some 17 years—adds Renaissance art and a decidedly Medici-like family: the Joneses of Maine. Dr. Miranda Jones, nearly six feet with flaming red hair and a glacial reserve, is an archeometrist who specializes in the analyzing and dating of Renaissance bronze sculpture. Miranda hopes to secure a world-class reputation for herself by authenticating a 15th-century statue of the Dark Lady, one of the mistresses of Lorenzo the Magnificent, as the undiscovered work of a young Michelangelo. Miranda's mother, Dr. Elizabeth Standford-Jones, the emotionally remote director of the Standjo art lab in Florence, has summoned her daughter from the family's Victorian cliffside home in Jones Point, Maine, to test the statue. Meanwhile, Miranda's father, equally remote, is an archaeologist who spends more time at his digs than at home. In fact, no one in the Jones family has made a successful run at marriage, a failure that Miranda and her alcoholic brother Andrew call the Jones curse. As for the statue, when it's discovered to be a fake, Miranda sets out to prove that someone stole the original. In this she's helped by gorgeous art thief Ryan Boldari (half-Italian, half-Irish), who's come to Jones Point to steal yet another bronze, which also turns out to be a forgery. Ryan's plan had been to use Miranda as a pawn, but now, naturally, he finds himself falling hard for her. While the two search for bronzes, a standard-issue romance-novel psychotic is stalking them. Most readers will twig to the killer's identity: Here, as always, Roberts's sexual tension is more compelling than her suspense. Perhaps it's time to take a sabbatical from the pink sweatshop and turn her considerable wit and narrative skills to a more original piece of work.