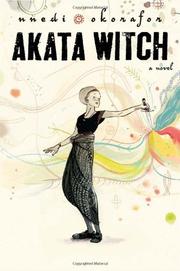 Who can't love a story about a Nigerian-American 12-year-old with albinism who discovers latent magical abilities and saves the world? Sunny lives in Nigeria after spending the first nine years of her life in New York. She can't play soccer with the boys because, as she says, "being albino made the sun my enemy," and she has only enemies at school. When a boy in her class, Orlu, rescues her from a beating, Sunny is drawn in to a magical world she's never known existed. Sunny, it seems, is a Leopard person, one of the magical folk who live in a world mostly populated by ignorant Lambs. Now she spends the day in mundane Lamb school and sneaks out at night to learn magic with her cadre of Leopard friends: a handsome American bad boy, an arrogant girl who is Orlu’s childhood friend and Orlu himself. Though Sunny's initiative is thin—she is pushed into most of her choices by her friends and by Leopard adults—the worldbuilding for Leopard society is stellar, packed with details that will enthrall readers bored with the same old magical worlds. Meanwhile, those looking for a touch of the familiar will find it in Sunny's biggest victories, which are entirely non-magical (the detailed dynamism of Sunny's soccer match is more thrilling than her magical world saving). Ebulliently original. (Fantasy. 11-13)