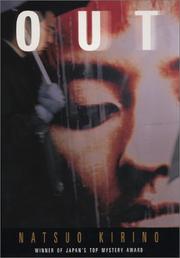 Masako Katori works with three friends making box lunches on a night-shift assembly line. Night after night they take turns dishing rice into containers, smoothing it out, placing pieces of meat or fish on top, and covering it with sauce before returning home in dull despair to their tiny apartments, indifferent mates, unresponsive children, and mounting debts. One night one of the team strangles her abusive husband and, remorseless but fearful of exposure, calls on Masako for help. Soon all four friends know about the murder, and they all band together to conceal it from the authorities. Their unlikely strategy, whose every banal discussion and grisly procedure is presented in pitiless detail, doesn’t entirely succeed in fooling the police. But the women have made far more dangerous enemies, from an aspiring rapist in their factory to a nightclub owner their handiwork has inadvertently put out of business, and what happens to them unfolds in a series of shocks it would be unfair to reveal. Dramatic as the plot is, however, it’s the penetration of Kirino’s insight into her characters and their capacity to keep surprising each other that linger longest in this grimly satisfying tale.

Crime and Punishment meets A Simple Plan—yet in the end Kirino manages her banal heroines’ descent into hell like no one you’ve ever read before. (N.B.: The Japanese film of Out premiered in New York in late May.)