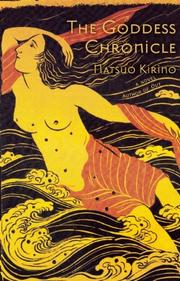 Kirino recounts the beauty and terror of a traditional Japanese myth, one reminiscent of Demeter and Persephone.

The opening of the narrative is both realistic and dreamlike. Kirino introduces us to Namima and her older sister Kamikuu, the latter of whom is particularly beautiful. On her 6th birthday, Kamikuu finds out she is destined to become an Oracle, and from that moment, the fates of the two sisters diverge, for Namima begins to wait upon her sister daily, carrying a basket of food in honor of Kamikuu’s sacred and privileged life. Although Kamikuu never finishes each day’s meal, Namima is forbidden to touch the food, an irony in that many of the islanders are in want. As time passes, a handsome young man named Mahito becomes enamored of Namima and persuades her to eat some of the sacred food. He also impregnates Namima and convinces her to leave the island. Shortly after giving birth to a daughter, Namima is startled to find Mahito choking her. In fact, he murders her and sends her to the underworld, where she assists Izanami, goddess of the Realm of the Dead. Burning with desire to know what has happened in the land of the living since her death, Namima returns as a wasp, only to find that Mahito has married Kamikuu. In a rage, Namima stings her lover between the eyes, sending him to the land of the dead. Kirino continues with a narrative about Izanami and Izanaki, gods of male and female desire, whose lives (insofar as gods have mortal lives) intertwine with the fates of Namima and Kamikuu.

Kirino writes lyrically as she spins a magical and ethereal tale.