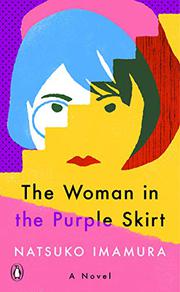 THE WOMAN IN THE PURPLE SKIRT

One woman obsessively tracks the movements of another.

A subtly ominous story about voyeurism and the danger of losing yourself in someone else.