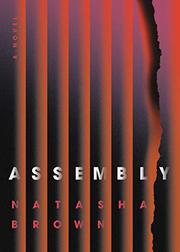 At the center of this brilliant debut is a young Black British woman who works in finance. She works, and for as long as she can remember she has worked, in relentless pursuit of achievement, success, excellence. “I am everything they told me to become,” she says. Her White boyfriend comes from a moneyed old family, and an invitation to his parents’ anniversary party—a gargantuan affair—frames one end of this slim, swiftly moving novel. On the other end is a visit the narrator pays to her oncologist, where she discovers she has a decision to make. Between the oncologist and the party is an intense rumination on her choices, her life, and the pieces from which she’s managed to assemble an identity, however flawed. “I have emotions,” she says. “But I try to consider events as if they’re happening to someone else. Some other entity.” Indeed, the narrator seems painfully distant from both the people around her and the changes taking place in her life. She is constantly aware of how her appearance is utilized by others—part of her job, for instance, involves giving talks on diversity, for which her very presence is considered proof of her company’s success. In just over a hundred pages, Brown tackles not only race, but class, wealth, and gender disparities, the lingering effects of colonialism, and the limits of language (“How can I use such a language to examine the society it reinforces?” the narrator wonders). This is Brown’s first novel, and it has all the jagged clarity of a shard of broken glass.

A piercing meditation on identity and race in contemporary Britain.