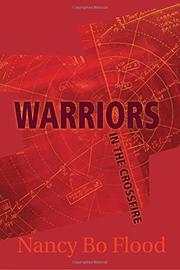 WARRIORS IN THE CROSSFIRE

In World War II, the United States fought Japan for control of the Pacific islands, but what about the people who already lived on those islands? This brief and powerful story will help to keep alive the memory of indigenous families caught in the crossfire between the Japanese and American armies. Kento, son of a Japanese official, and Joseph, a villager, are friends on the island of Saipan in the spring of 1944, and it is their friendship and experiences during the war, related in Joseph’s first-person point of view, that will bring history home. The final scene, in which thousands of Japanese men, women and children make suicidal leaps off Bonzai Cliff into the sea—and others are butchered before they ever get to the precipice—is so horrifying that this small tale will long linger. The understated design, which includes Japanese characters in the chapter titles and brief, impressionistic poems as chapter lead-ins, makes this volume stand out. An important and little-known perspective on World War II. (historical note, further reading) (Historical fiction. 11-14)