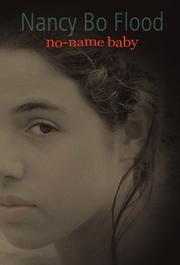 How does an almost-14-year-old girl handle the tragedy of her mother’s giving birth to one doomed preemie after another?

Sophie feels personally responsible for a two-months-early delivery of a tiny baby boy, since she inadvertently caused the fall that started her mother’s labor too soon. Aunt Rae’s presence makes things more complicated when she comes to help, as she is ill-tempered, often angry and seems determined to make the girl’s life miserable. Aunt Rae is particularly opposed to Sophie’s tender, developing relationship with a neighbor boy, for reasons that at first seem incomprehensible. When she finally begins to reveal a few of the secrets of her unfortunate life, readers should be moved to care for her—as Sophie is—but she’s depicted so unpleasantly, albeit realistically, that they may find it hard to transition to a more empathetic perspective. The generally melancholy mood is lightened by the warm-hearted presence of Sophie’s ever-so-practical Italian grandmother. The rural, post–World War I setting is evocatively evoked, and strong character development drives the quiet plot toward a believable conclusion.

With its authentic depiction of the hardships of early-20th-century life and well-rounded characters, this is an agreeable, ultimately optimistic tale of the strength of the human spirit.