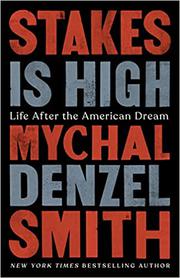 Life After the American Dream

A young Black man surveys the landscape and finds America a poisonous, broken place—but perhaps not irretrievably so.

Toward the end of his second book, Smith asks an arresting question: “Is the potential for the American Dream worth enduring the brutality of American life?” Anyone who has followed the headlines recently knows that life for African Americans is fraught with peril, the American dream ever more distant. This dangerous moment in history, writes the author, is “not an aberration…it is the course this country has always been on.” Exponents of “Afro-pessimism,” such as Frank Wilderson III, have expressed considerable—and well-placed—doubt as to whether things can ever get better, though Smith sees a flicker of hope and closes with guarded optimism: “Imagining where we want to go teaches us how to get there. No one ever said it would be simple, only that it is possible.” Meanwhile, there are the present realities to consider, some of them embodied in the person of Donald Trump, whom Smith considers absolutely the wrong person to be in office, if one who represents a logical point on a continuum of racism and reaction. The right New Yorker for the job, he writes, was Shirley Chisholm, who is coming in for fresh appreciation half a century after her run for office. Even so, “Chisholm was never going to be elected president. Donald Trump was inevitable.” Yet she was a serious candidate, just as Alexandra Ocasio-Cortez is serious—though, Smith counsels, what is more important is that the many people out there who are of like mind be encouraged to bring democratic socialism into office. The author is sharply self-aware (“Sometimes, reader, I write ‘you’ when I’m too afraid to admit my own failures”), and he would seem to expect his reader to approach his fine-honed argument with the same seriousness. Doing so is well worth the effort.

An urgent and provocative work that deserves the broadest possible audience.