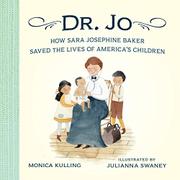 How Sara Josephine Baker Saved the Lives of America's Children

Jo wanted to become a doctor, quite uncommon for a girl in late-19th-century America.

Jo had her opportunity when doctors Elizabeth and Emily Blackwell opened a medical school for women. When she graduated, she opened a practice in New York City with a woman colleague, Florence, but few patients came. Jo became a health inspector for the city and was assigned to Hell’s Kitchen, a poor, crowded immigrant neighborhood where there was a high death rate among babies and young children. Dr. Jo found practical solutions to many problems, using her official capacity to implement them. She established a requirement that midwives be trained and licensed and assigned visiting nurses to new mothers. She organized milk stations, designed safe containers for silver nitrate eyedrops for newborns, and designed safe infant clothing that allowed movement and airflow. Kulling employs accessible language and follows a logical sequence of events to provide readers with an understanding of Baker’s strength of character. Swaney’s watercolor, gouache, and colored-pencil illustrations carefully complement the events and settings of the text. Baker and Florence are white, and the people of Hell’s Kitchen are depicted in a variety of skin tones, but otherwise all the faces are the same with little indication of emotion, just dots for eyes and little swoops for smiles.

An interesting, informative introduction to an unknown woman trailblazer.