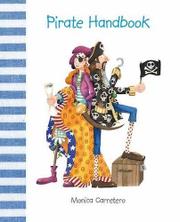 A bland introduction to the pirate life manages to suck all the fun out of the subject. Likely to please only overprotective parents, this field guide tucks such provisions as, “The crew is your family, and you must look after them and love them,” into the Pirate Oath. It also claims that pirates “only steal from people who’ve got more than they really need,” and insists that male and female pirates “respect each other equally.” Similarly, though the watercolor illustrations are replete with hooks, peglegs, eye patches and like standard gear, many of the pirates on display sport inoffensive personae like “The Smiley Pirate,” “The Hunky Pirate” and even a grandmotherly “Pirate Captain’s Mum.” The translator lets a lookout shout “Land Ahoy!”—which only children who have never read another pirate book will accept. Production standards are equally careless, as a word is misspelled in the Pirate Vocabulary list (the “Pirat” flag), and there’s a blank space on the treasure map where a coded message is supposed to be. Shelve in Davy Jones' locker. (Picture book. 7-9)