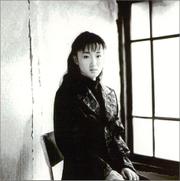 A violent teenaged boy darts to adulthood in Yokohama, a mural of hell in bestselling Yu’s forceful if uneven English-language debut.

Blood rushing to his head, 14-year-old Kazuki Yuminaga seizes a golf club and splits open the head of a Doberman. Did cocaine trigger the outburst? Or was it Kazuki’s perpetually boiling rage and his drive to seize power, the elixir he feels will make him a man? Confronting his uncouth father, Kazuki next drives a sword into the man’s back and kills him. With the body stashed under a floor in his home, Kazuki embarks on his life as an adult. The nascent monster tries to overtake Vegas, his father’s gaming house, by threatening its workers. And he colludes with his father’s mistress, who seduces and then blackmails him. Amid these moments of squalor and menace come startling contrasts. Kazuki initially finds tenderness with Kyoko, a young woman who cares for his retarded brother Koki. Yu skillfully maintains a feverish tone until the end—when, reaching for insight into Kazuki’s mind, she slips at times from stunning surrealism into flat sociology that turns up awkwardly, nudging the narrative toward judgment. Studying Kazuki, a family friend observes, “That’s why society sets boundaries, eighteen or twenty years old, and says that’s when a person reaches adulthood; and that’s why certain things are forbidden to children who haven’t reached that age. . . .” But for Kazuki, the horror of a world in which dark dreams bleed into reality can’t be parsed so simply. With Kyoko and Koki holding his hands, he poses for a snapshot where another person once photographed him with his father and mother. This time, Kazuki feels that “everything inside his head was exposed.”