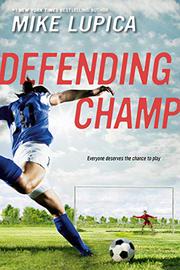 In the wake of a triumphant season playing football with the boys, a seventh grade girl faces challenges when she rejoins her old soccer team.

Alex Carlisle is more-or-less prepared for the resentment she encounters from some former squad mates who feel as if she abandoned them the previous fall. But not even a successful tryout and the arrival of an exciting new coach can counter the shocking news that the girls’ spring soccer season (not the boys’, of course) has been cancelled due to budget cuts. Rather than go quietly, though, the girls come up with a chancy scheme to raise the necessary $25,000 through a face-off with the boys’ team, which is led by sneering superstar Chase Gwinn. Following on Triple Threat (2020), this sequel features suspenseful sports action and heroic feats aplenty, but the plot is plainly designed to highlight values that serve both on and off the pitch: Alex works hard to play her very best, to be a good friend, to make the team, and then to make it a true team by turning antagonists into allies willing to bury personal grudges and agendas. If the author’s suggestion that final scores aren’t the only way to measure wins is unconvincing, at least he puts the notion out there for consideration. Names rather than physical cues signal some diversity in a cast well stocked with strong-minded kids.

Will score with readers fond of uncomplicated messages.