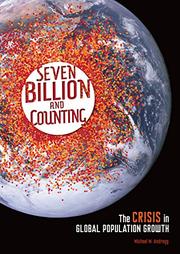 The Crisis in Global Population Growth

A slim volume combines a background overview with a call to action.

Andregg begins by citing a 2011 figure for human numbers and vaguely noting that “[p]eople are planting crops in areas with poor soil in an effort to feed growing populations.” He goes on to explain the basics of demographics, then presents an eye-glazing continent-by-continent review of trends in birth rates, death rates, growth rates, life expectancies and similar indicators. In equally abstract terms he also covers population-related wildlife and environmental issues, plus international efforts to reduce human birth rates. Aside from intriguing posters and public-service advertisements from various countries promoting said family-planning initiatives, the illustrations are largely just generic crowd shots. The sound-bite quotes at chapter heads and elsewhere are more specifically sourced than the facts and figures in the narrative or the charts with which it is punctuated. Unappealing extracurricular activities proposed at the end include starting a club to discuss population issues and conducting a survey (suggested question: “What kind of population policy do you think the United States should have? Why?”).

It’s a topic of major concern, but there’s little here to kindle that concern in young readers or to set the book apart from the assignment-fodder herd.