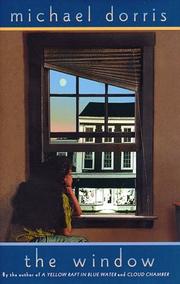 Rayona Taylor, the heroine from Dorris's adult novels, A Yellow Raft in Blue River (1987) and Cloud Chamber (1997), is featured in this prequel, about her life as an 11-year-old who is abandoned by her Native American mother, and shuffled from place to place by her African-American father. Rayona spends time in two foster homes before she ends up with her father's mother, sister, and grandmother, who are white. Wherever she goes, Rayona has an effect on the adults—they grow and change while she stays the same. The first-person narration is sophisticated and perceptive, and seems to promise more of a story than it delivers: As the three older women and Rayona climb in a car for a cross-country trip back to the girl's mother, readers are ready for the story to begin at last, until they realize that there are only 20 pages left in the book. Dorris's lyrical writing and ability to create evocative moments will sustain those who have read his historical novels, but won't give them an idea of the real Rayona of the earlier books. (Fiction. 11-13)