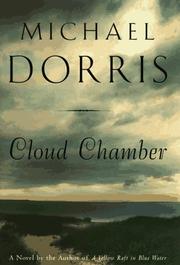 Dorris's first solo novel in almost a decade is a partial prequel to his successful A Yellow Raft in Blue Water (1987), and a generational saga that celebrates the enduring power of family ties. It begins in western Ireland in the mid-19th century, with Rose Mannion's struggle to choose between the charismatic lover who has betrayed ``the Cause'' (of Irish independence) and the decent man her family and townspeople urge her to prefer. A half-century later, Rose's sons Andrew (a priest) and Robert are the two halves of a dilemma that frustrates Robert's dissatisfied wife Bridie (a terrific character: hard as nails, yet helplessly in thrall to the one man she cannot have). The story moves ahead with scarcely credible speed (a major flaw in Dorris's otherwise efficiently constructed narrative) to the 1930s when Robert, recovering from illness and amnesia, makes the reacquaintance of Bridie and their daughters Edna and Marcella, in the American Midwest, to which the family has been rather summarily transplanted. The novel finds its footing in a beautifully detailed and extended contrast between Edna's stoical common sense and Marcella's somewhat flighty romantic nature—expressed in the ailing Marcella's impulsive marriage to a handsome young black man she meets while recuperating in the sanitarium where Edna works as a nurse's aid. The focus then shifts to Marcella's son Elgin, his Army experiences in Germany in the 1960s (during which he learns some disturbing truths about his father's reported death in wartime), and thereafter to Elgin's daughter Rayona (a major character in Yellow Raft). Though it's all a teensy bit contrived and too hurried to be fully convincing, the tale is gripping, thanks to Dorris's empathy for the ethnic diversity and solidarity that give his characters their strength, and to a skillfully varied succession of voices, all quite distinctive. A little of John O'Hara, and rather more of A.J. Cronin, here, but the story's details will draw you in and keep you reading. (Book-of-the-Month Club/Quality Paperback Book Club alternate selection; author tour)