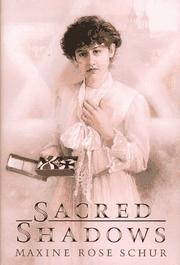 Schur (When I Left My Village, 1996, etc.) draws on family history for this ominous tale of German and Polish Jews facing rising tides of anti-Semitism in the years before Hitler's rise. In the wake of her father's death at Verdun, young Lena Katz and her mother run a successful shoe store in Ledniezno, once a town in Germany, now part of a reconstituted Poland. Being both German and Jewish, they and their friends come under increasing attacks as the years go by—a time in which Heine's poems become attributed to ``anonymous'' in new editions of Lena's textbooks, newspaper and government antagonism toward Jewish businesses becomes more open, and local support for the Nazis grows. Lena's mother refuses to leave Poland, promising better times ahead and angrily rejecting the Zionism of Lena's heartthrob, Janusz. Spanning the years between 1917 to 1932, the plot is episodic and slow to develop; Lena's innocence in the face of all she sees and hears is artificially prolonged, while the ending, in which Lena at first refuses and then decides to accompany Janusz to Palestine, passes without even a parting scene with her mother. A brief afterword encapsulates the Holocaust and the foundation of Israel. The novel offers readers a moving glimpse of how public opinion set the stage for genocide, although that purpose occasionally engulfs the storyline and characters. (Fiction. 11-13)