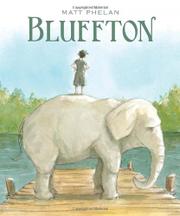 My Summers with Buster

In this winsome, sparely spun graphic novel by Phelan (The Storm in the Barn, 2011), Henry Harrison gets a tantalizing taste of the outside world when a young Buster Keaton and more vacationing vaudevillians tumble into his small Michigan town.

The scene opens on a tranquil Muskegon street, with a glimpse of the suspender-sporting Henry sweeping up his dad’s hardware store. Strolling men in bowler hats, long-skirted women and a June 1908 calendar offer the initial whiff of an era long gone. Nothing like an elephant to shake things up! When the show people come to town one summer, nearby Bluffton springs to life, as does Henry’s yearslong infatuation with Buster Keaton, who, wincingly, was then best known as the tossed-around but indestructible “Human Mop.” Frame by frame, in pencil and watercolor, the artist captures the joys of lakeside summers of fishing, baseball and harmless pranks, all the while skillfully communicating the emotional intensity of youth. Despite the painful sense of longing the worldly Buster stirs up in Henry, a 1927 epilogue of sorts assures readers that Henry finds his own path in life…and his own special brand of show biz. An author’s note explains that the Actors’ Colony at Bluffton really did exist, from 1908 to 1938.

Thrilling—a spirited, poignant coming-of-age vignette and an intriguing window into a little-known chapter in vaudeville history.