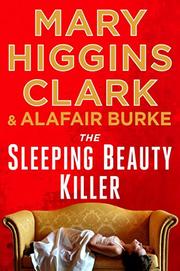 Laurie Moran and the staff of Under Suspicion reopen a cold case almost everyone else is convinced was closed tight 15 years ago.

The day after Katherine “Casey” Carter is released from prison after serving a term for manslaughter in the death of her fiance, Hunter Raleigh III, she sneaks out of her mother's house and pays a call on Laurie. Though even her mother doubts her continued protestations of innocence, Casey tells Laurie she wants Under Suspicion to revisit the case, letting the chips fall where they may. It’s no wonder Casey was convicted. Her story about nodding off in Hunter’s car after a Raleigh Foundation gala—an exam later found alcohol and Rohypnol in her bloodstream—and then waking up on a sofa, apparently having slept through his murder, was always hard to believe. And Laurie naturally finds little enthusiasm for Casey’s demand for vindication among the suspects she proposes in her stead: her ex-boyfriend Jason Gardner, who trashed her in a tell-all memoir; Gabrielle Lawson, the jealous socialite who’d set her cap on Hunter; Hunter’s underachieving younger brother, Andrew Raleigh; Hunter’s friend Mark Templeton, CFO of the Raleigh Foundation; and Mary Jane Finder, bloodless personal assistant to Gen. James Raleigh, the father who’d never accepted Casey as daughter-in-law material. In fact, the most obvious effect of Laurie’s inquiries, apart from riling the other suspects, is to reveal new evidence against Casey herself. An added complication is posed by Ryan Nichols, the gifted but callow and altogether iffy new host of Under Suspicion brought on to replace the departed Alex Buckley, whose six-year romantic pursuit of Laurie (All Dressed in White, 2015, etc.) seems nearly as cold as the case of Crazy Casey.

Fleet, conscientious, and utterly true to its carefully wrought formula.