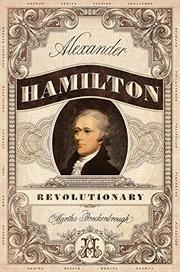 Over 200 years after his death in a duel with former Vice President Aaron Burr, founding father Alexander Hamilton’s story is a major player in popular culture.

Brockenbrough begins her narrative with a list of the contradictions of Hamilton’s life and then sets out to describe many of them in detail. Hamilton’s wretched childhood and struggles for survival and an education set a tone that depicts him as the consummate self-made man whose flaws damaged both his political career and personal life. Hamilton’s courtship and marriage to Elizabeth Schuyler, a daughter of one of the country’s most influential families, is a key part, along with prominent figures from American history. Sometimes the intricacies of Revolutionary War strategy and Constitutional Convention maneuvering slow things down, making the pace uneven. However, tidbits about Hamilton’s role in the episode with Benedict Arnold and his close relationships with fellow soldier John Laurens and his sister-in-law Angelica Church are intriguing. The story is targeted to an older audience than Teri Kanefield’s Alexander Hamilton: The Making of America (2017), so the sex scandal that derailed Hamilton’s political career is part of the story, as is, of course, the duel that ended his life. After the epilogue, the volume includes information on 18th-century medicine, attire, and warfare among other contextualizing topics ; the volume will be illustrated with archival material (not seen).

With the demand for all things Hamilton still strong, this will resonate with many teen readers.