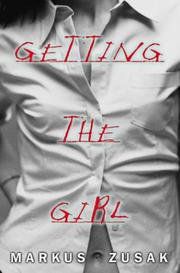 A self-contained working-class lad falls for his brother’s ex-girlfriend, which in turn triggers a rift between the siblings. In this sequel to Fighting Rueben Wolfe (2001), Zusak’s taciturn yet surprisingly eloquent hero Cameron doesn’t feel like a winner, but instead has “to scavenge for moments of alrightness.” Overshadowed by his older brothers Steven and Ruben, Cameron, who has no friends except for the other members of the so-called “Wolfe pack,” longs for love and acceptance. He spends his nights wandering around alone, almost always winding up in front of Stephanie’s house, a girl who once called him a loser. The one thing that “whispered okayness” to Cameron was his words, which is what he calls his nascent writing. In contrast, Cameron’s handsome and charismatic brother Ruben, a fighter and a ladies’ man, lives strictly in the moment. Cameron likes and admires Ruben’s current flame, a pretty, classy girl named Octavia. Although not at all surprised when Ruben breaks it off with her, Cameron is simply amazed when Octavia shows up in front of Stephanie’s house and asks Cameron if he would rather “come and stand outside” her place. Concurrently gritty and lyrical with a gruesomely humorous set piece involving the funeral of a neighbor’s dog, Zusak explores the deep if inexpressible desire to create, as well as the intersection between family loyalty and romantic affection. Poignant yet unsentimental, his coming-of-age exploration will touch the heart. (Fiction. YA)