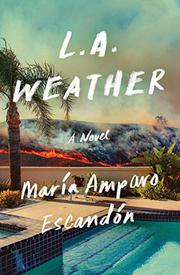 Twelve pivotal months in the life of a Jewish and Catholic Mexican American family in West Los Angeles.

It's 2016. Three-year-old twins miraculously survive drowning in the first scene, setting the tone of melodrama cut with comedy that Escandón maintains throughout her homage to Mexican telenovelas. Expect financial and medical catastrophes, marital discord, sexual passion, brand name dropping, and mouthwatering meals. At center are the Alvarados. Oscar’s ancestors became landowners in California while it was still part of Mexico; artist Keila’s Jewish parents escaped the Holocaust by fleeing to Mexico as children. Their heritages have merged into a seemingly idyllic marriage for almost 40 years. But recently, Oscar has retreated from involvement with his family, becoming obsessed with The Weather Channel instead. Frustrated and furious, Keila announces she wants a divorce, but the grown Alvarado daughters convince their parents to work on the marriage for one year. Meanwhile, all three daughters hide their own private problems and marital issues. Celebrity chef Claudia has a little stealing habit. Architect Olivia, who conceived her twins through in vitro fertilization, is fighting with her cartoonishly awful husband about the remaining embryos. Despite a husband in San Francisco, social media maven Patricia still lives with her parents along with the son who was conceived when she was raped at 14. As the Alvarados fight and unite repeatedly, the plot incorporates broader issues including climate change, gender politics, immigration, and a presidential election.