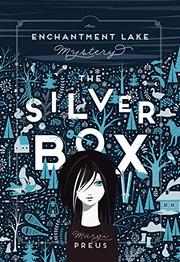 From the Enchantment Lake series, volume 3

Plucky 17-year-old investigator Francie is back for the concluding episode of a trilogy set in Minnesota.

Francie has discovered a small silver box that is somehow connected to her mother’s mysterious disappearance 13 years earlier. The additional discovery of a mysterious abandoned cabin in the woods awakens vague memories of when her mother went away, all clues to opening the tricky puzzle box and locating a vital (but forgetful) elderly woman in a nursing home. Aided by her pal Raven and Jay, another classmate, Francie follows clues she hopes will lead to her mother. Although a few red herrings add uncertainty, the villains remain largely hidden from readers, leaving the mystery mostly unsolvable even to clever armchair sleuths until the evildoers eventually reveal themselves. Brief environmental messages crop up frequently and are only mildly didactic. Although the mystery and its resolution rely on sometimes improbably convenient happenstance, Francie’s plausibly intrepid nature (and remarkable lack of reliance on adults) keeps the plot moving at an engaging pace, and the wintry Northwoods setting provides an appealing backdrop. Although the mostly White characters are only sparingly depicted, Raven talks about biased treatment and double standards she experiences as an Ojibwe person.