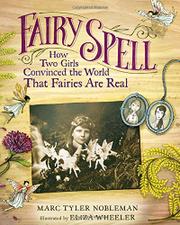 How Two Girls Convinced the World That Fairies Are Real

Long before there was Photoshop, in the days when photography was an infant technology, a teenager produced photographs that convinced the world fairies are real.

When 9-year-old Frances Griffiths told her disbelieving parents she saw fairies by the waterfall behind their country house in England, Frances’ 16-year-old cousin, Elsie Wright, wanted to prove Frances’ story. She painted paper fairies and photographed them. Then she took photos showing the girls interacting with the dainty winged creatures in the valley behind Elsie’s house. The girls never meant to fool the world, but the photographs fell into the hands of Sir Arthur Conan Doyle. Like Frances, Conan Doyle believed in fairies, and in 1920 he published the photographs in the widely read Strand magazine and wrote that he believed they were conclusive proof of the existence of fairies. After experts declared the pictures genuine and Conan Doyle’s article appeared, an innocent prank turned into a hoax that lasted until Frances and Elsie finally revealed their secret over 60 years later. Nobleman introduces readers to this remarkable story in a compact, engaging narrative that’s respectful to its young audience. Complementing Wheeler’s delicate, detailed illustrations of the all-white human cast and its middle-class English milieu are reproductions of the famed photographs.

A fascinating introduction to one of the greatest hoaxes of all time, deftly pitched to elementary-age children.