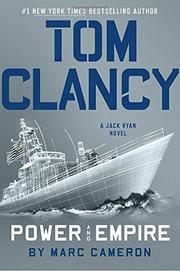 Junior’s an analyst for the Campus, a privatized CIA under the umbrella of the financial arbitrage group Hendley Associates. Operations chief John Clark has led his Campus A-team—including Junior, Ding Chavez, and Midas Jankowski—to Dallas to surveil controversial Taiwanese blogger Eddie Feng. Feng has inside dope on Chinese mainland activities, which makes it surprising he’s found in the company of killers from the Sun Ye On triad and Tres Equis cell of the Sinaloa Cartel who are now running a child sex-slavery ring. Concurrently, Ryan Senior is dealing with Chinese president Zhao Chengzhi without realizing Zhao has deadly enemies within his government. Ryans young and old remain commendably heroic, spurred on by new characters like Kelsey Callahan, the female FBI agent in charge of crimes against children, who “sometimes [feels] like a typist with a Glock”; Monzaki Yukiko, a female Japanese covert agent; and Magdalena Rojas, an indomitable Costa Rican teen sold into prostitution by her mother. The book has a hard-charging, straight-as-a-desert-road plot sans twists or turns, with minimal character development to obscure 500 pages of action ranging from pirates targeting yachts to armed smack downs of pimp hideaways from Texas to Argentina to Tokyo, among other locales. Cameron, a former SWAT officer and U.S. marshal specializing in "dignitary protection," enters Clancyworld with the chops to allow the formidable Clark and the president-we-wish-we-had Ryan to save the world once again.