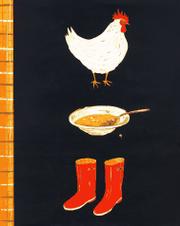 Other authors have asked children to consider what they'll do with their lives, but never like this. ``You were not. Now you is...And in between eating chocolate licorice and jumping on a pogo stick, you will find your job. Your work. Your it. Your you. It's true.'' With less interest in work's necessity than in its infinite variety and satisfactions, Kalman—in her own inimitable fashion- -presents a gallery of neighborhood characters—among them, Leopold Leitner, office peddler, who always has something different in his suitcase; cousin Harriet's father Eddie, who sits in a wheelchair at the piano and composes songs like the famous ``Bubba Bubba Bubba''; a sister who also sits at the piano, playing ``FÅr Elise'' until ``even the fruit on the table was screaming for her to stop''; cousin Venezuela Katz the astronomer; and Lois Mungay, who fights fires because she hates them, and ``takes twelve seconds from bed to truck'' when the alarm sounds. Kalman's frenzied, relentlessly verbal stream-of-consciousness is enhanced by the large blocks of boldface in a dazzling array of sophisticated colors harmonizing with the high-energy, superficially childlike art (flat figures, deceptively random-seeming compositions, large brush strokes, bright, contrasting colors), offering a series of wonderfully individual portraits. A tour de force, less self- indulgent (and less hilarious) than her ``Max'' books, and with broader appeal. (Picture book. 8+)