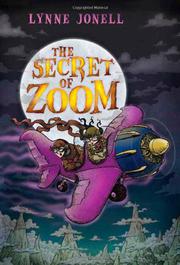 THE SECRET OF ZOOM

A plucky little girl literally rises to the occasion, rescuing a passel of exploited orphans and solving the mystery of her mother’s death. Isolated and lonely, ten-year-old Christina lives in a fortress-like mansion next to the fenced-in forests that surround Loompski Labs, where her scientist father works and her geologist mother supposedly died. The overprotected Christina can’t attend school, play with other kids or leave the yard. However, life changes after she meets a boy from the neighboring orphanage. She discovers an underground passage leading to the outside world, where she learns malevolent Lenny Loompski is using orphans like slaves to extract volatile, valuable “zoom” from the mountains. Flying a miniature plane fueled by “zoom,” Christina risks all to save the orphans. Like her equally spunky counterpart in Jonell’s Emmy and the Incredible Shrinking Rat (2007) and Emmy and the Home for Troubled Girls (2008), Christina moves far beyond her safe, secure world to make hard but right decisions. Her character provides ballast for the fast-paced, far-fetched plot and quirky supporting characters. Eccentric and entertaining. (Adventure. 9-12)