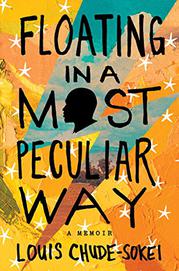 FLOATING IN A MOST PECULIAR WAY

A distinguished literary scholar delivers an affecting memoir of life as an exile, with a David Bowie soundtrack in the background.

“We were from Biafra, mind you. Not Nigeria.” So writes Boston University professor Chude-Sokei, who left his homeland after what has been called “Africa’s first televised war.” His father, a major, died in the conflict—assassinated, it was said—whereupon his mother, a Jamaican, returned to her native country with her young son. “All I had with me when I arrived in Jamaica,” writes the author, “was a song, not an Igbo song but a Western one played on the radio about floating in space and choosing never to come down. It was a song about someone named Major Tom, and it eventually became my only memory of my origins in Africa.” Early on, as he shows in this forthright, deftly profound narrative, he stood as a definitive outsider, given to reading what an aunt called “foolish space books,” among the many things left behind when his mother moved her family to America. In the U.S., Chude-Sokei discovered further mysteries, including something he’d never heard before—the N-word—and something he’d never encountered before: an odd sort of racism that came at him from both sides, from Whites and from Blacks, such as a teacher who informed his schoolmates that “Africans were backward and spent all their time killing one another, like in Uganda and Biafra, and were an embarrassment to real black people.” With Bowie’s “Space Oddity” as his madeleine, the author grew up to explore both his adopted country and his native one. Just as Major Tom died along with his creator, so Chude-Sokei’s old world was eventually foreclosed as his cancer-stricken mother extracted a promise from him to bury her in Nigeria. And so he did, “placing my mother’s remains next to my father’s grave near the house he’d built for her before the war scattered us.”

A beautifully written contribution to recent work of the African diaspora.