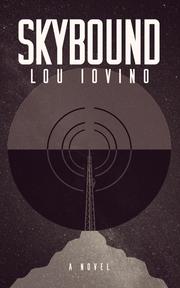 A massive, enigmatic object appears near Earth and halts the planet’s rotation in Iovino’s SF debut.

At some point in the near future, a huge, opaque, vaguely dart-shaped object suddenly materializes in the atmosphere over North America, “ensconced in sunlight, enrobed in shimmering, purpled translucence.” Then Earth and the moon both stop rotating. Although the sudden stop doesn’t initially create the doomsday seismic and inertial forces that science would predict, Eurasia is plunged into darkness, and the Americas suffer blazing, continual daylight. All artificial satellites hurtle off into space, and the small crew of the International Space Station attempt a desperate return to solid ground with a soyuz spacecraft. In a tapped-out Colorado mining town reliant on the nearby military base, both a young priest struggling with his ministry and his sister, an aerospace engineer, will play key parts in the story as the paralysis of the globe creates unnatural tides, tremors, and even frightening wildlife behavior. Humans, cut off from conventional communications, fall prey to fear, violence, and religious fanaticism. For a story about an immobile planet, Iovino crafts an exciting plotline that never stops. The pages speedily turn, and the orbiting subplots and numerous characters appealingly recall all-star 1970s disaster epics. As a bonus, the most heroic roles, once filled by men like George Kennedy or Charlton Heston in such films, go to strong female characters. The author teases readers with explanations for the cosmic cataclysm but is miserly when it comes to delivering any real answers, unless an asteroid-field of sequels are on their way. Nonetheless, this book’s action, suspense, and emotional elements will keep readers transfixed.

A spellbinding yarn about people caught in an open-ended space puzzle, told with force and gravity.