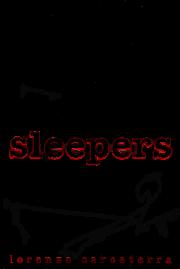 An extraordinary true tale of torment, retribution, and loyalty that's irresistibly readable in spite of its intrusively melodramatic prose. Starting out with calculated, movie-ready anecdotes about his boyhood gang, Carcaterra's memoir takes a hairpin turn into horror and then changes tack once more to relate grippingly what must be one of the most outrageous confidence schemes ever perpetrated. Growing up in New York's Hell's Kitchen in the 1960s, former New York Daily News reporter Carcaterra (A Safe Place, 1993) had three close friends with whom he played stickball, bedeviled nuns, and ran errands for the neighborhood Mob boss. All this is recalled through a dripping mist of nostalgia; the streetcorner banter is as stilted and coy as a late Bowery Boys film. But a third of the way in, the story suddenly takes off: In 1967 the four friends seriously injured a man when they more or less unintentionally rolled a hot-dog cart down the steps of a subway entrance. The boys, aged 11 to 14, were packed off to an upstate New York reformatory so brutal it makes Sing Sing sound like Sunnybrook Farm. The guards continually raped and beat them, at one point tossing all of them into solitary confinement, where rats gnawed at their wounds and the menu consisted of oatmeal soaked in urine. Two of Carcaterra's friends were dehumanized by their year upstate, eventually becoming prominent gangsters. In 1980, they happened upon the former guard who had been their principal torturer and shot him dead. The book's stunning denouement concerns the successful plot devised by the author and his third friend, now a Manhattan assistant DA, to free the two killers and to exact revenge against the remaining ex-guards who had scarred their lives so irrevocably. Carcaterra has run a moral and emotional gauntlet, and the resulting book, despite its flaws, is disturbing and hard to forget. (Film rights to Propaganda; author tour)