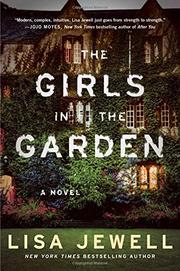 THE GIRLS IN THE GARDEN

Mysterious, life-threatening injuries to a teenage girl cause previously close-knit neighborhood families to examine each other with concern and suspicion.

Displaced after their father’s psychotic break, during which he burned down their house, young teenagers Pip and Grace move with their mother, Clare, to a London community steeped in multigenerational family drama stemming from the unexplained death of a 15-year-old girl in the communal garden years earlier. Pip’s deep longing for her absent father and concern about her sister’s new friends—the other teenagers in the community—are conveyed through letters to her father. This teenage narrative perspective is balanced with those of Adele, a neighborhood mother who home-schools her three teenage daughters, and, to a lesser extent, Clare as she considers whether to reconnect with her husband upon his release from the hospital. The novel is split into sections: the opening features Pip finding a violently injured and unconscious Grace in the park following a community party, and the following sections explore the complex adult and teenage relationships both leading up to the attack and following it. Although Grace survives, the community is reminded of the unsolved death of a teenage girl who was related to or known by many of the adults in the neighborhood, which makes them question how well they know each other or their children’s friends. While Jewell creates a story ripe with anticipation and emotion, she ultimately fails to develop a climax that would bring together the several dramatic tropes at work (a mentally unstable father who believes he hears rodents in the walls; the tensions between teenage girls, especially when it comes to friendships and dating). The reader is left trying to reconcile the adult characters’ actions with the insufficient explanations of their motivations.

Jewell offers an intriguing premise and characters but has difficulty maintaining plot momentum and creating depth of character.