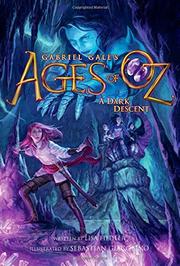 From the Ages of Oz series, volume 2

Young Glinda and her purple-haired friend Locasta take another step toward saving Oz by tackling the Wicked Witch of the North.

Aphidina, the Wicked Witch of the South, may be history (see A Fiery Friendship, 2017), but even as the grass-roots Foursworn Revolution gathers steam, challenges remain for the band of doughty young heroes. Notable among these is finding and enlisting the long-hidden Elemental Fairies to battle not only the remaining three Wicked Witches, but also the disembodied “fifth Witch” who controls them. Fiedler strews the narrative with sly allusions (“I have a feeling we aren’t in Quadling anymore”), such requisite elements as a magic map and rhymed clues (Locasta: “Oh, hey, here’s a surprise. Another obscure and cryptic verse for us to decipher”), and melodramatic but leisurely battles in which no one is ever described as bleeding or dying. She populates her quest with exotic denizens from Sea Fairies and the winged monkeys to the pun-loving Nome King. Flashbacks, references to recent events, and a plethora of characters both new and vintage make familiarity with the opener a must and at least a passing acquaintance with some of the original series’ classic episodes a good idea. Oz’s inhabitants come in a great variety of colors and species; Glinda and the human(oid) members of her company are white.

It’s an unabashed pastiche, but it doesn’t take itself too seriously.