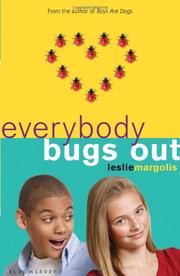 From the Annabelle Unleashed series, volume 3

It is post–winter vacation, and Annabelle is full of New Year’s resolutions and hope for the new semester. However, her equanimity is short-lived, as she finds herself embroiled in a multitude of secrets. Two key events occurring over the upcoming Valentine’s Day weekend—the science fair and the first school dance—have created a moil of anxiety and intrigue among Annabelle and her friends. Annabelle silently nurtures a secret crush on her gregarious science-fair partner, Oliver. However, her silence leads to distress when good friend Claire openly declares her intent to ask Oliver to the dance. Is it too late for Annabelle to be honest with herself, her friend and Oliver about her crush? Annabelle also finds herself in a quandary when she discovers Emma’s boyfriend has cheated on his science-fair project; Annabelle must decide when it is OK to divulge a secret. Margolis’ breezy tone nicely conveys the peaks and valleys of middle-school life.