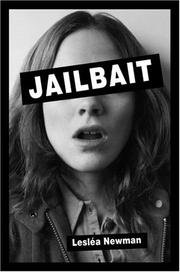 Fifteen-going-on-sixteen, Andi is bored, lonely and cynical in 1970s suburbia. Her sole friend moved away, and her brother, Mike, is busy getting stoned at college, leaving Andi alone with her parents, Shirley and Fred. Shirley is emotionally detached from her husband and children, while Fred forces small fatherly overtures that feel insincere. Eventually, Andi relates a family secret that accounts for their dysfunction. When a chance encounter with much-older Frank develops into a sexual relationship, Andi takes refuge in the illicit affair, possibly because it offers an escape from her tedious and unsatisfactory home life. Frank’s mercurial moods run hot and cold, unsettling Andi, but making her crave his approval. The story wraps up a bit too neatly when, after a heart-to-heart with Mike, Andi avoids making a life-altering mistake. Despite the abrupt ending, teens will appreciate the plot that builds satisfactorily to a climax while exposing the underbelly of life in the suburbs. Unfortunately, however, the characters are unremarkable and the 1970s setting adds nothing but outdated slang to the story. (Fiction. YA)