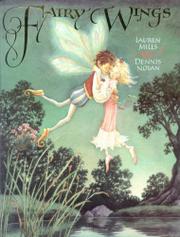 A collaboration between the creator of The Rag Coat (1991) and the creator of The Castle Builder (1993) results in an anemic, predictable tale of a wingless fairy saving her sept from a troll and getting engaged to a prince. Fia, scorned by her seven sisters, mends the wing of a passing fairy who (no surprise) turns out to be Prince Hyacinth. She accepts his invitation to the May Dance, arriving in time to see all the fairies netted by a troll, and contrives a rescue. The prose is limp; occasional efforts to enliven it—one character uses a sock to blow his nose—come off as vulgar instead of earthy. Fia and her kin adopt mannered poses in slightly blurred paintings that appear to be coated with yellow varnish. Challenge lovers of wee folk with David Christiana's surprising, considerably less conventional White Nineteens (1992) instead. (Picture book. 7-9)