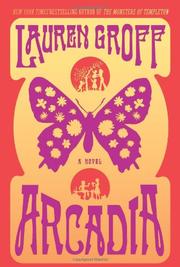 An astonishing novel, both in ambition and achievement, filled with revelations that appear inevitable in retrospect, amid the cycle of life and death.

As a follow-up to Groff’s well-received debut (The Monsters of Templeton, 2008), this novel is a structural conundrum, ending in a very different place than it begins while returning full circle. At the outset, it appears to be a novel of the Utopian, communal 1960s, of a charismatic leader, possibly a charlatan, and an Arcadia that grows according to his belief that “the Universe will provide.” It concludes a half-century later in a futuristic apocalypse of worldwide plague and quarantine. To reveal too much of what transpires in between would undermine the reader’s rich experience of discovery: “The page of a book can stay cohesive in the eyes: one sentence can lead to the next. He can crack a paragraph and eat it. Now a story. Now a novel, one full life enclosed in covers.” The “he” is Bit Stone, introduced as a 5-year-old child of that commune, and it is his life that is enclosed in these covers. Following a brief prologue, representing a prenatal memory, the novel comprises four parts, with leaps of a decade or more between them, leaving memory and conjecture to fill in the blanks. At an exhibition of Bit’s photography, a passion since his childhood (documented in some shots), those who had known him all his life realized, “What they found most moving, they told him later, were the blanks between the frames, the leaps that happened invisibly between the then and the now.” The cumulative impact of this novel is similar, as the boy leaps from the commune and subsequently his parents, becomes a parent himself, deals with the decline of his parents and finds his perspective both constant and constantly changing: “He can’t understand what the once-upon-a-time Bit is saying to the current version of himself or to the one who will stand here in the future...worn a little more by time and loss.”
A novel of “the invisible tissue of civilization,” of "community or freedom," and of the precious fragility of lives in the balance.